Lonafarnib is an investigational drug being studied in Progeria and Hepatitis Delta Virus (HDV).

Lonafarnib is a well-characterized, late-stage, orally active inhibitor of farnesyltransferase, an enzyme involved in modification of proteins through a process called prenylation.  Lamin A and progerin are both farnesylated.  However, farnesylated-progerin cannot be cleaved, resulting in tight association with the nuclear envelope, which in turn results in changes in nuclear envelope morphology and subsequent cellular damage.  Lonafarnib blocks the farnesylation of progerin and has been dosed in over 80 children with Progeria at Boston’s Children Hospital in Phase 2 and Phase 1/2 clinical trials.  Lonafarnib has been granted Orphan Drug Designation for Progeria by the U.S. Food and Drug Administration (FDA).  Lonafarnib is not approved for any indication, and is licensed by Eiger from Merck Sharp & Dohme Corp. (known as MSD outside of the United States and Canada). 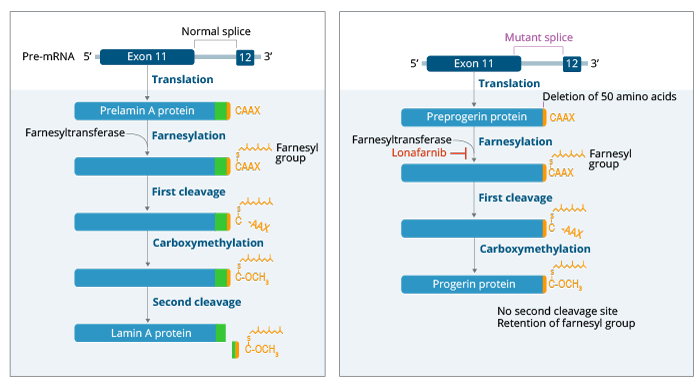 Accumulation of progerin disrupts cell scaffold and leads to disfigurement of nucleus. 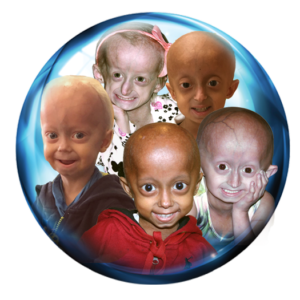