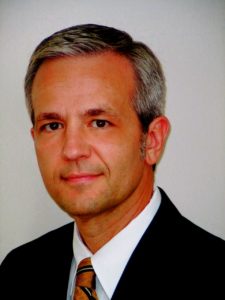 David Cory is an industry veteran with over 25-years of experience in large pharmaceuticals, emerging stage biotechnology, and specialty pharmaceutical organizations with an established track record of operational performance, including 5 successful Orphan Designation drug programs.

Cory is President and CEO, Director, and business founder of Eiger BioPharmaceuticals, leading the company since its founding in 2008 and responsible for negotiating the company’s multiple technology and product licenses from Stanford University, Merck, Nippon Kayaku, Janssen, BMS and The Progeria Research Foundation. Prior to Eiger, Cory was President and Chief Operating Officer of Prestwick Pharmaceuticals, an orphan CNS specialty pharmaceutical company, which was acquired by Biovail for $160 million in 2007. Previously, Cory was a Co-Founder at CoTherix, an orphan pulmonary arterial hypertension company, which was acquired by Actelion for $425 million in 2006. Cory began his biotech career at InterMune, focused on developing orphan products for idiopathic pulmonary fibrosis, where he was a Senior Vice President and a key executive in the company IPO, building and managing the company’s commercial organization, in-licensing 4 products and raising over $400 million in the capital markets. InterMune was ultimately acquired by Roche for $8 billion in 2013. Cory spent over a decade in large pharma in positions of increasing responsibilities in commercial operations at Glaxo, Glaxo Wellcome, and Glaxo Smith Kline where he led teams in oncology, critical care, CNS, infectious disease and respiratory therapeutic areas, and directed 10 newly approved pharmaceutical product launches. Cory began his pharmaceutical career in sales at The Upjohn Company. 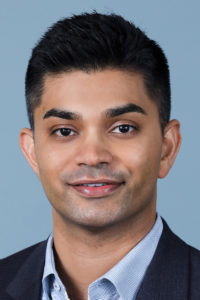 Mr. Ryali brings over fifteen years of finance and commercial experience to Eiger.  He was most recently at Aimmune Therapeutics, Inc., where he was Vice President of Finance, responsible for building and leading the finance department from Aimmune’s 2015 initial public offering, and subsequently was a key executive involved in operational preparation for product approval.  Previously, Mr. Ryali led U.S. Financial Planning and Analysis at Jazz Pharmaceuticals and was Head of Corporate Finance at Onyx Pharmaceuticals, Inc., until the company was acquired by Amgen, Inc. in 2013.  Following the acquisition, Mr. Ryali continued as Head of R&D, Technical Operations, and Medical Affairs Finance at Onyx.  Mr. Ryali began his career in biopharmaceutical companies at Amgen Inc., where he held positions of increasing responsibility in the finance organization.

Mr. Ryali earned a BA from UCLA with a double major in Economics and Microbiology, Immunology & Molecular Genetics and an MBA from UCLA Anderson School of Management. 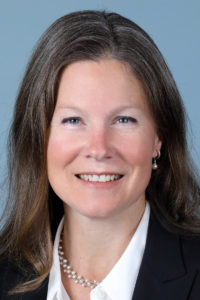 Stephana Patton brings 20 years of experience creating portfolio value at publicly-traded biotechnology and pharmaceutical companies. She was formerly the General Counsel, Corporate Secretary, and Chief Compliance Officer of BioTime, Inc., a clinical-stage biotechnology company focused on the development and commercialization of novel therapies for the treatment of degenerative diseases.   Prior to BioTime she was the General Counsel and Commercial Compliance Officer at BioDelivery Sciences, a publicly-traded specialty pharmaceutical company. Prior to BioDelivery Sciences, she held various senior management positions, including leading Intellectual Property (IP) and Licensing at Salix Pharmaceuticals, a global pharmaceutical company that was acquired for $11.2 Billion in 2015. Prior to joining Salix, Stephana was in private practice at a large international law firm known for its IP and corporate securities practices. Her practice focused on counseling clients on IP-related matters as well as licensing transactions for biotechnology and pharmaceutical companies at varying stages of product development. Dr. Patton earned a Juris Doctor (J.D.) degree from the Boston University School of Law and a Ph.D. in Biochemistry, Cell and Developmental Biology from Emory University. 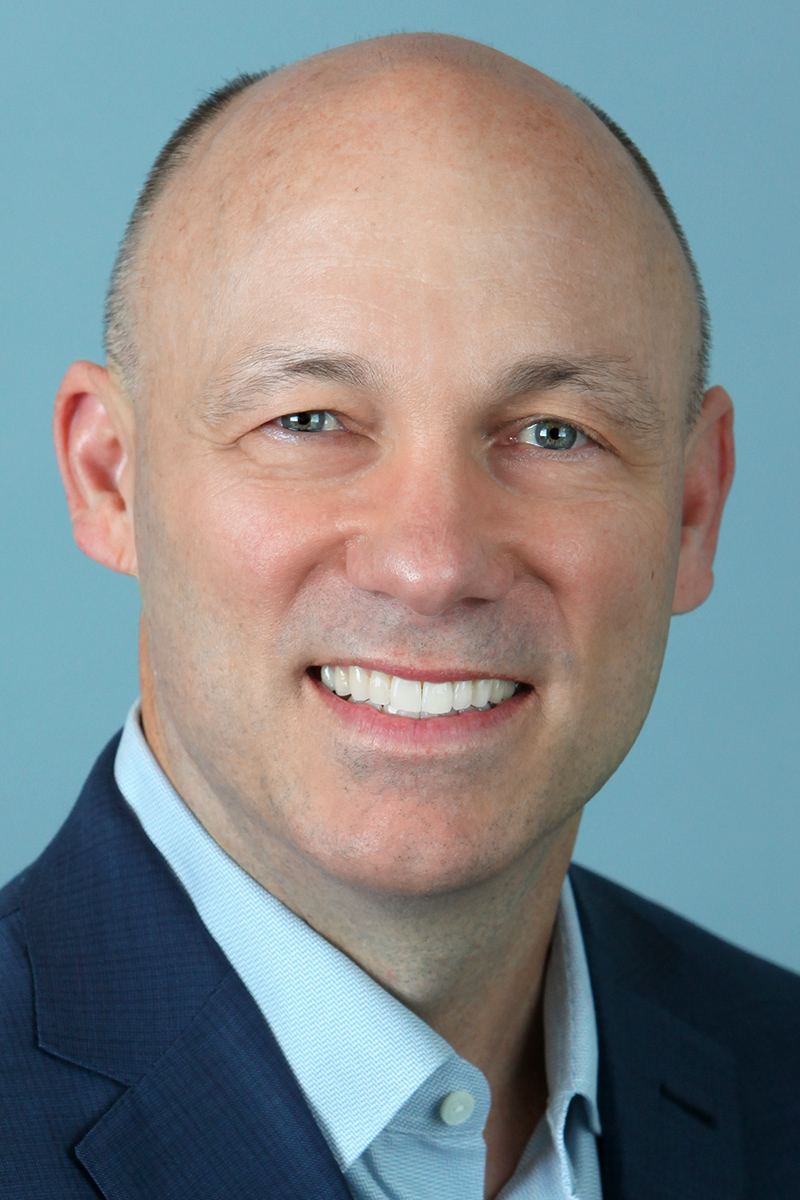 Prior to joining Eiger, Mr. Mayer was Executive Vice President and Chief Commercial Officer of Rigel Pharmaceuticals where he built and led the commercial organization of over 60 people and the successful launch of Tavalisse® (fostamatinib disodium hexahydrate) for chronic immune thrombocytopenia, a rare disease.  Previously, Mr. Mayer was Senior Vice President of Commercial Operations at Questcor Pharmaceuticals, focused on serious, rare diseases, where he built and managed a commercial team of over 400 people, successfully commercialized Acthar® Gel (repository corticotropin injection), and grew annual sales to over $1 billion.  Questcor was acquired by Mallinckrodt for $5.6 billion in 2014.  Earlier in his career, he held positions of increasing responsibilities at companies including Schering-Plough, ALZA, Chiron, and Connetics, in functional areas including strategic planning, marketing, sales, market research and analytics, operations and finance.  Mr. Mayer has served as a member of the board for Eiger BioPharmaceuticals, Inc., Promet Therapeutics, LLC and the National Community Oncology Dispensing Association.  Mr. Mayer holds a BS in Finance from Fairleigh Dickinson University and an MBA in Marketing from Syracuse University. 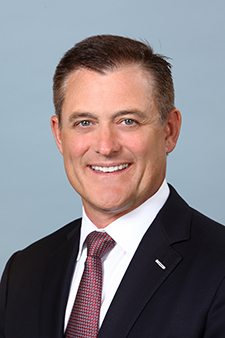 Prior to joining Eiger, Mr. Shaffer served as Vice President and Chief Commercial Officer for Halozyme Therapeutics from 2011 to 2014 where he was responsible for Sales, Marketing and Business Development overseeing the re-launch of Hylenex® and product development in Diabetes and Oncology. From 2007-2011, Mr. Shaffer was Executive Vice President and Chief Commercial Officer responsible for Sales, Marketing, Business Development and Manufacturing with Clinical Data, Inc., who developed Viibryd®, a novel antidepressant, which was acquired by Forest Laboratories for $1.2 billion. Mr. Shaffer was Vice President of Commercial Operations for New River Pharmaceuticals which developed Vyvanse® for the treatment of ADHD and was acquired by Shire for $2.6 billion in 2007. From 2004-2007, he was Senior Director of Commercial Operations for Prestwick Pharmaceuticals overseeing the collaboration with Cambridge Labs for Xenazine®, an Orphan CNS specialty product, and responsible for the development of the companies commercial capabilities in the US and Canada. From 2001-2004, Mr. Shaffer was the National Sales Director for InterMune. Mr. Shaffer spent the first 10 years of his career in numerous sales and marketing positions of increasing responsibility with Merck and GlaxoSmithKline.

James Shaffer is a graduate of the Ohio State University where he earned a B.S. Degree in Economics and an M.B.A.. 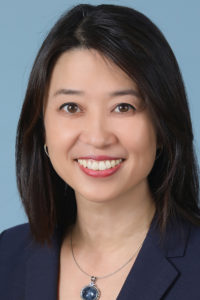 Ingrid Choong brings over 15 years of experience within the biotechnology/pharmaceutical industry. Dr. Choong joined Eiger as a member of the founding team in 2008 as a Principal Scientist, responsible for lead identification and development of compounds targeting NS4B on the HCV genome. As the company shifted focus to its first orphan program in HDV, Dr. Choong was a key team member involved in agency interactions, clinical activities, investigator and KOL interactions, and scientific conferences. She was also an active member of the team involved in the diligence and licensing process, resulting in the addition of Post Bariatric Hypoglycemia and Lymphedema to our orphan disease pipeline. During the process of Eiger becoming a public company, Dr. Choong was a member of the roadshow team, interacting with investors, research analysts, and investment banks. She has continued to work in this capacity, and has earned the trust and respect of these important audiences. In the second half of 2017, in addition to investor relations and corporate development responsibilities, Ingrid led an internal and external cross-functional team that delivered a HDV briefing package to the FDA, setting the stage for a positive face to face meeting in February. Prior to joining Eiger, she was a senior scientist at Sunesis Pharmaceuticals from 1999 to 2008 identifying small-molecule inhibitors targeting protein-protein interactions.

Dr. Hislop has over 30 years of experience in drug development including small molecules, peptides and biologics, across therapeutic areas in both large pharma and start-up companies.  Prior to joining Eiger full-time, Dr. Hislop was the Company’s senior medical advisor to the Progeria program and was instrumental to Eiger’s first NDA submission of Lonafarnib for the treatment of Progeria and Progeroid Laminopathies.  Prior to joining Eiger, Dr. Hislop served as Chief Medical Officer at Versartis and Anthera.  He was previously Vice President and Head of Clinical Development at Peninsula Pharmaceuticals developing doripenem for systemic infections.  Peninsula was acquired by J&J for $245 million.  Dr. Hislop served as Vice President of Clinical Development at CV Therapeutics where he developed and filed an NDA for Ranexa® for angina.  CV Therapeutics was acquired by Gilead for $1.4 billion.  He previously led the development of Actonel® through initial FDA approvals for osteoporosis at Proctor & Gamble.  Dr. Hislop began his industry career at Eli Lilly as Medical Director of Endocrinology for insulin and growth hormone.  During his career, Dr. Hislop has been involved in all phases of drug development from IND to Phase 4,and has led numerous US, European and global regulatory filings, including 4 NDAs. 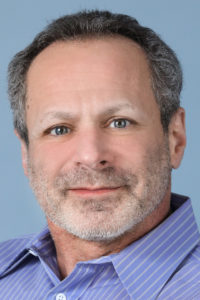 Rich Franco has been in the healthcare industry for over 25 years. He has held leadership roles across a variety of functional areas including commercial, marketing research, regulatory affairs, pharmacovigilance, managed markets, customer service and medical affairs.  Mr. Franco joined Eiger in 2016 as the VP of Clinical Strategy. He is responsible for alignment between clinical and commercial functions across all of Eiger’s development programs. He is also leading the company’s efforts to develop and launch a global expanded access program for children with Progeria.  Before joining Eiger BioPharmaceuticals he served as the Vice President and General Manager of Valeant Pharmaceutical’s Pain and Hospital divisions.  While there he played a significant role in gaining FDA approval and launching Relistor® tablets for opioid induced constipation. In 2014 Mr. Franco joined Sprout Pharmaceuticals as the corporate officer responsible for commercial, medical affairs and pharmacovigilance. He played an essential role in advisory committee preparations and gaining FDA approval for Addyi®, the first drug approved for female hyposexual desire disorder. While at Sprout he led the company’s efforts to develop one of the industry’s most comprehensive Risk Evaluation and Mitigation Strategies (REMS).  Earlier in Mr. Franco’s career he co-founded Arbor Pharmaceuticals and held leadership positions at GlaxoSmithKline, Slate Pharmaceuticals, Clinical Data Inc and LipoScience.  Mr. Franco has also been a consultant to Halozyme Pharmaceuticals, BASF, Intrexon, IQVIA, Novan Pharmaceuticals, Salix Pharmaceuticals, Dara BioSciences, Talecris and Ashfield Commercial Services. 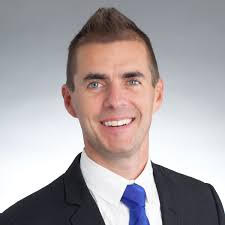 Matt Bryant has more than 20 years of pharmaceutical and biotechnology experience developing high performing Medical Affairs teams that achieve operational excellence.  He has successfully contributed to the development and approval of over a dozen new products, which include Vitrakvi in ultra-rare precision oncology and the Xifaxan franchise that led to the $11 billion purchase of Salix Pharmaceuticals.  He was Deputy Director in health economics at Bayer Pharmaceuticals where he demonstrated the clinical and economic value of medicines to Payers and launched three new products in oncology and hemophilia.  At Theravance Biopharma, he served as the Director of Medical Affairs and medical launch leader of a pulmonary development and commercialization partnership with Mylan.  During his nearly 10 years at Salix Pharmaceuticals, he led the medical science liaison team and was responsible for a growing portfolio of 16 drugs in gastroenterology, liver, and rare diseases.  Similarly, Dr. Bryant had multiple Medical Affairs roles at InterMune, the leader in IPF rare pulmonary disease and HCV liver disease.

Dr. Bryant received a Pharm.D. from the University of California, San Francisco and completed an ASHP-AMCP Managed Care specialty residency at Blue Shield of California.  Currently, he serves on the UCSF Pharmacy Alumni Association Board of Governors.