Pegylated interferon-lambda (Lambda) is a well-characterized, late-stage, first in class, type III interferon that stimulates cell-mediated immune responses that are critical for the development of host protection during viral infections.  IFN-λ targets type III IFN receptors which are distinct from the type I IFN receptors targeted by IFN-α.  These type III receptors are highly expressed on hepatocytes with limited expression on hematopoietic and central nervous system cells, which may reduce the off-target effects associated with other interferons and improve the tolerability of PEG-IFN-λ.  Although IFN-λ does not use the IFN-a receptor complex for signaling, signaling through either the IFN-λ or IFN-a receptor complexes results in the activation of the same Jak-STAT signal transduction cascade.1 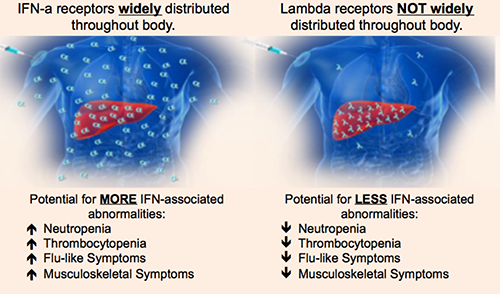 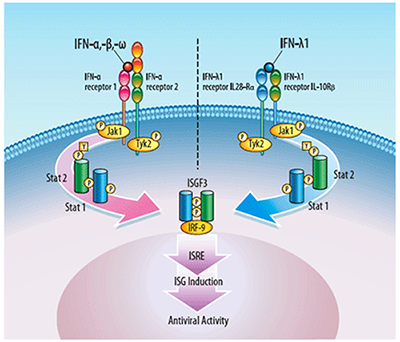 Eiger is studying Lambda as an investigational therapy for hepatitis delta virus (HDV) infection.  Lambda has been administered in phase 1, 2 and phase 3 in healthy volunteers, HCV and HBV clinical trials involving over 3,000 subjects.  Lambda has not been approved for any indication.