Glucagon-like peptide – 1 (GLP-1) is a gastrointestinal hormone that is released post-prandially from the intestinal L-cells, binds to GLP-1 receptors on the beta cells of the pancreas, releasing insulin and lowering blood glucose levels.  In gastric bypass surgeries, after a typical carbohydrate loaded meal, patients experience early nutrient sensing which triggers an overstimulation of GLP-1 secretion resulting in hyperinsulinemic hypoglycemia.

Avexitide is a well-characterized, competitive GLP-1 antagonist which blocks GLP-1 from binding to the GLP-1 receptor, reduces insulin secretion, and prevents steep falls in glucose levels.  Physicians who treat hyperinsulinemic hypoglycemia recognize that the steeper the glucose fall, the more symptomatic the patient.

Avexitide is a 31 amino acid peptide fragment of Exenatide, and has never been approved or commercialized for any indication

Eiger Bio has acquired an exclusive license to a targeted therapeutic for treating post-bariatric hypoglycemia. The technology was invented by Dr. Tracey McLaughlin, MD, an Associate Professor of Medicine in the Division of Endocrinology at Stanford University Medical Center.

Dr. McLaughlin’s group has demonstrated in a proof-of-concept exploratory clinical study with Avexitide that pharmacologic blockade of GLP-1 prevents hypoglycemia in post-bariatric surgical patients and may represent the first targeted medical treatment for patients with post-bariatric hypoglycemia. The long-term efficacy and safety of Avexitide have not been established yet. 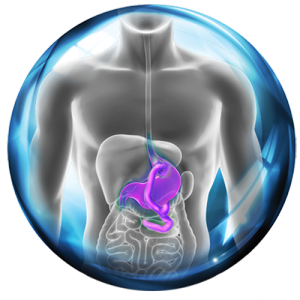