Eiger is a commercial-stage biopharmaceutical company focused on the development of innovative therapies to treat hepatitis delta virus (HDV) and other serious diseases.

ZOKINVY is indicated in patients 12 months of age and older with a body surface area of 0.39 m2 and above:

Some patients treated with ZOKINVY developed laboratory abnormalities. These included:

These laboratory abnormalities often improved while continuing ZOKINVY, but it is not possible to exclude ZOKINVY as a cause of the abnormalities. Periodically monitor electrolytes, complete blood counts, and liver enzymes, and manage abnormalities accordingly.

What makes us different

Time is critical to patients with serious diseases. Eiger strives to quickly develop important therapies as safely and effectively as possible, shortening treatment development times and expediting delivery of life-changing therapies to patients.

We are focused on the development and commercialization of targeted therapies for rare and other serious diseases. 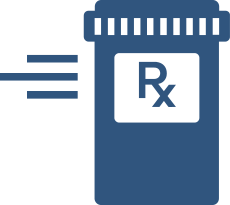 We are committed to more rapidly delivering important medicines to patients in need through developing well-characterized drugs acting on newly identified or novel targets.

Eiger has discovered untapped therapeutic potential of molecules with well understood safety profiles with the goal of developing medications for life-threatening diseases that have no approved treatments.